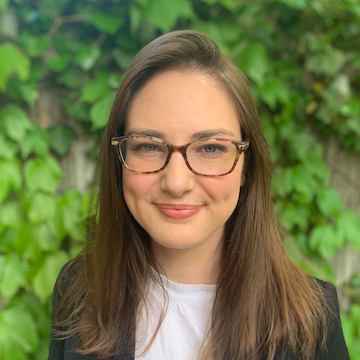 As an MBA candidate at MIT’s Sloan School, Jordan is studying public and private sector collaboration for racial and economic justice. At Sloan, she’s had the opportunity to dive deeply into these topics, including participating in the first annual John R. Lewis Racial Justice Case Competition, working with the Tallahassee Office of Economic Vitality to research how their office can better support minority- and women-owned small businesses, and studying how Boston’s own innovation ecosystem can become more inclusive. Outside of class, she is an officer in the Hispanic Business Club and a member of the planning team for Sloan’s annual Hack for Inclusion.

Prior to Sloan, Jordan worked for five years at several technology startups in New York City, first as a data scientist and later as a product manager. She is passionate about using data to tell stories and building technology that serves all people. She spent her summer interning for the Microsoft Cloud for Healthcare team developing recommendations for how technology can empower healthcare providers to deliver greater value to patients.

After graduation, she plans to bring her technical skills to the public sector by building technology for government offices. In her spare time, she enjoys cooking, yoga, and spending time with her two cats.